It is thought that Cil-y-cwm Church dedicated to St Michael was built in the fourteenth century.

The wall paintings, depicting ‘death’ and the Ten Commandments, date from 1724 and were controversially over-painted in 1986.

‘There are a number of old yew trees in the church yard, with a particularly venerable specimen, said to be at least fifteen hundred years old. The yew is closely associated with old Celtic sites, and may well mean the site was of great importance to the people even prior to Christian practices, So by the way is St. Michael, it sometimes being said that Michael and all his angels were needed to counteract the influences of an old pagan site. Michael is a name associated with the Roman Church it may well have supplanted an older name of a Celtic saint when the stone church was built under Norman influence.’ 1

Just beyond the oldest and largest Yew is the attractive Ysgoldy Fach (Little School House), at the bottom of the churchyard, dating from the 1830s.

A humorous inscription that was once to be seen on a gravestone in Cil-y-cwm, is translated here,

Here I, Wil Hopkin Huw, lie under the sod,

Please have mercy on my soul, my dear Lord God,

As I would upon yours if I were Lord God

And You were a mere mortal like me, poor sod.

To this day in Cilycwm the bier is followed by the mourners from the Church to the ‘new’ graveyard, while the Vicar prays and a special hymn is sung in Welsh at the grave side,

‘A funeral was an occasion of great importance throughout the parish of Cil-y-cwm, and nearly every household in the parish was represented in the procession. As the cortege set out from the house of the departed, the mourners would burst into song, and the singing continued as the procession passed through the village, until the bier was set down at the churchyard gates and the tolling of the bell ceased.’ 2

Another unusual practice was remembered by the Rev Henry Morgan,

‘It was the custom among several parishioners who attended Church to sit on the gravestones during the service and, as the hymn before the sermon was being sung, they would flock to their seats.’ 3

Daniel Jones (Daniel the Harper 1750-1811) lived in Cil-y-cwm at the start of the 19th century, having made a reputation for playing the harp at Glanbran.  Amazingly, he was blind, which did little to hide his musical talent.  He is recorded as living somewhere near to the church. 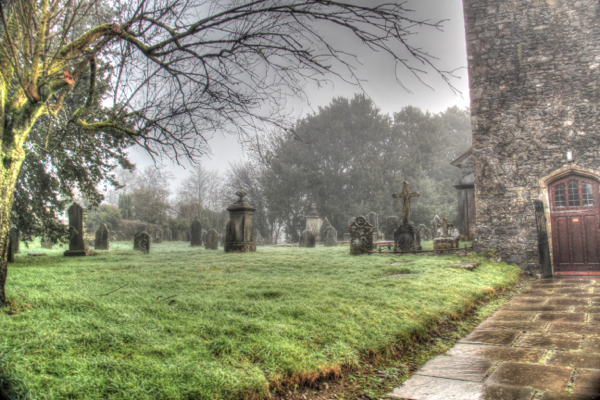 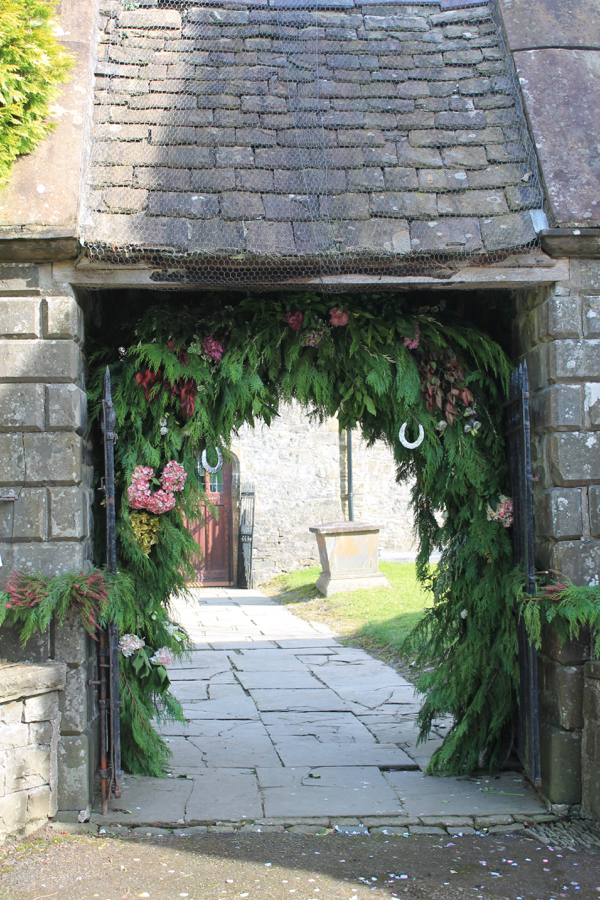