Cil-du is now a ruin situated in a beautiful spot on a bend in the road in between Galltybere and Maesmeddygon not far from where the Tywi and the Doethie rivers meet at ‘Junction Pool’.

Cil-du has more recently been known as Tynewydd. The living arrangements have been described thus: there were no windows, the only light came from the door. There was an earthen floor lower than the surrounding walls. It had a zinc roof with the old bracken thatch still underneath. There were two rooms, one for cattle, with hay stored above them. In the living area there was a stone bench under one wall, and a corner wall oven and there were rocks outside for sitting on.

There is a large standing stone adjacent to the house and a rare slate fence that has been badly damaged over recent years. 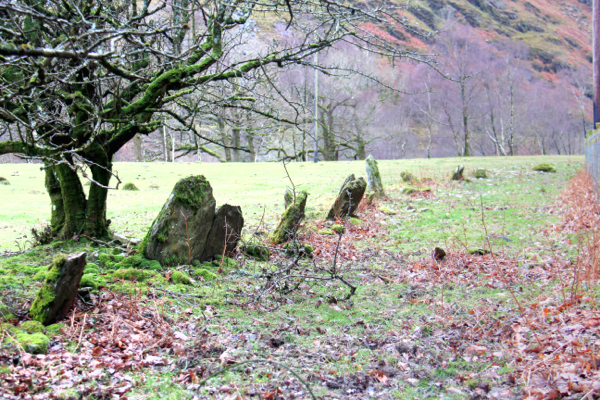 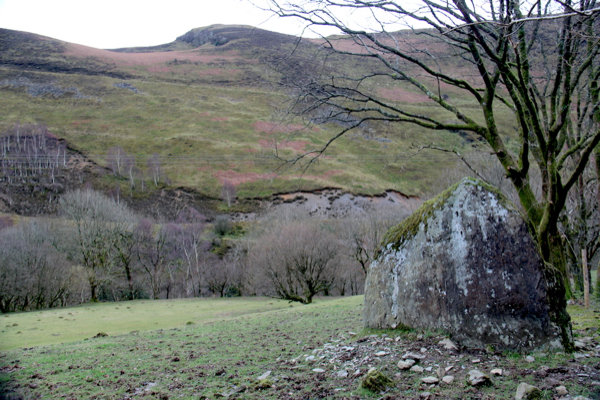