Cwmcroyddir (The valley of fresh water)

Cwmcroyddir is a substantial farmhouse set back from Cil-y-cwm village, facing east on higher ground with a wonderful view of the Brecon Beacons.

In the 18th century it was home to the Price family who were connected to Ystrad-ffin and Dugoedydd. In 1741 a John Price, ‘of Cwmcroythir, parish of Kyllycombe, gent.’ is buying up land from David Edwards an apothecary in Llandilovawr. 1 In 1746 John is jointly buying more land in Cil-y-cwm with his apothecary friend. 2 There are several documents in the NLW regarding a  ‘bar of entail’ on Cwmcroyddir where his name also appears, this was sometimes sought when there were legal restrictions through entail on how it could be disposed of or sold.

Cwmcroyddir was Cwmcroyddin in the tithe. It was owned by William Davys Harries of Neuadd fawr and the tenant was William Jones. It had 141 acres in total.

There are unique diamond pattern windows on the house, the same as New House in Cil-y-cwm village (late home of Dorrie Theophilus) and possibly fitted by one of her family who were blacksmiths.

From 1841 to 1891 William Jones was resident; then from 1901 to 1911 William Williams lived there. In the 1911 census the name is spelt Cwmcroyddwr which has the unambiguous meaning of ‘valley of pure water’.

In the 20th century, Cwmcroyddir is remembered as the home of Alice Lewis, ‘a friendly character to all’.

Cae pwll march ‘Field of the stallion’s pool’. (There are similar field names on Rhiwmallaen and Dolachddu)

Cae gwyn ucha (‘Cae gwyn’ the ‘white’ element is common amongst the field names, as yet there is no explanation for this))

Waun yfrag (A literal translation of ‘waun y frag’ would be ‘marshy ground of the malt’.  However, ‘brag’ is masculine and doesn’t mutate after ‘y’. ‘Odyn frag’ is ‘malt-kiln’) 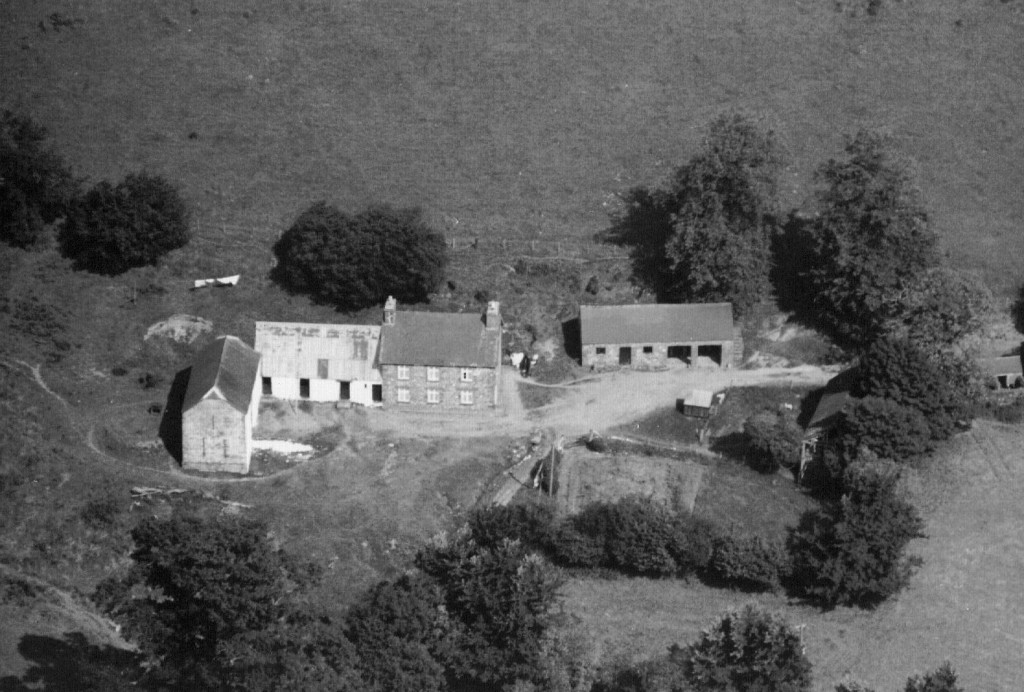