It is likely that Divlyn is the ‘Tir Dol Gwgan’ mentioned in a document of 1668 being mortaged by a David James of Llandingat for £80, ‘with the parcels of lands therewith held called Tir John Walter, Tir y frenhines, Tir y Groft vellen, and Gweyn Rees Protherch y rhoed Rhyw y Garreg Goch, the messuage and lands called Tir havod owen, a cottage called Tir y Rhybarch, and a parcel of lands called Tir Bwlch y Forest, hamlet of Forest, parish of Llandingad, with covenant to levy a fine. Boundaries include Forest y Moswm and a river called Towyee’ 1

In 1791 Diflyn appears to have been part of the Glansevin estate is sold by Edward Pryse Lloyd to John Williams of Llwynberllan. 2

In May, 1807, John Williams sells by auction, ‘DUBLIN, or DIBLIN (formerly the residence of a gentleman’s family), and several PIECES or PARCELS of LAND, upwards of 100 Acres of Arable, Meadow, and Pasture…..They form a very com- pact and improvable property, and are well worth the attention of any gentleman desirous of residing or having a landed property in Camarthenshire. Lot. 1 (the Mansion- house.- which may be made fit for the residence of a genteel family) has a line growth of Oak, Ash, and other Trees on it, and is on the banks of the river Towy, in a country abounding with Game, and within three miles of the market- town of Llandovery, having a turnpike-road leading through the premises to that place, where the Milford Mail arrives from London every day except Tuesday, and goes for Lon- don every day except Friday; and two Stage Waggons, conveying goods to and from every part of Great-Britain, arrive twice a week.’3

In 1813 William Davys of Neuadd Fawr leased, ‘Diflin otherwise Dublin, the Forest, Cringoed, and Cwmbaddwr’ in the parish of Llandingat to ‘James Davies of Hampton Lacy, co. Warwick, gent’ for the remainder of a term of 21 years.4

In 1834 Diflyn is leased to a vicar from what later became Lampeter University, ‘The Reverend Rice Rees of Saint Davids College, co. Cardigan, clerk.’ 5

Divlyn has also been known as Dublin, Diflyn, Diflin, Dwfwnlyn. It belonged to William Rees the printer and publisher of the Tonn near Llandovery, in the tithe and the occupier of the 206 acre farm was John Davies. The Rees family owned Diflyn until the late 1940’s.6

The coach house has a date of 1872, the barn 1874 and the cowshed 1875. The date over the carthouse and stable is indecipherable, but is possibly much older.

According to Walter’s father, the first 4 wheeled carriage in Carmarthenshire visited Divlyn.

Walter’s family moved there in 1910. Gilwen acquired 1945. Dudley Jones was in the Home guard.

Divlyn has a magnificent double flight oak staircase, and the dairy is in the cellar and still has churns, slate slabs etc.

Diflyn is mentioned in Thomas Nicholas’ Annals and Antiquities of the Counties and County Families of Wales (Vol 1 – 1872), ‘On the farm of Divlyn, three miles from Llandovery, there are remains of an old earthwork, or fort, near the river Towy, through which the road to Nantymwyn has been cut. Also between the old mansion of Divlyn and the Forest Hill there are traces of the Roman road from the station at Llanfairarybryn, near Llandovery, to the lead mines of Rhandir Mwyn, which road can also be traced to within a mile of the town.’ 8

8. Thomas Nicholas’ Annals and Antiquities of the Counties and County Families of Wales (Vol 1 – 1872) 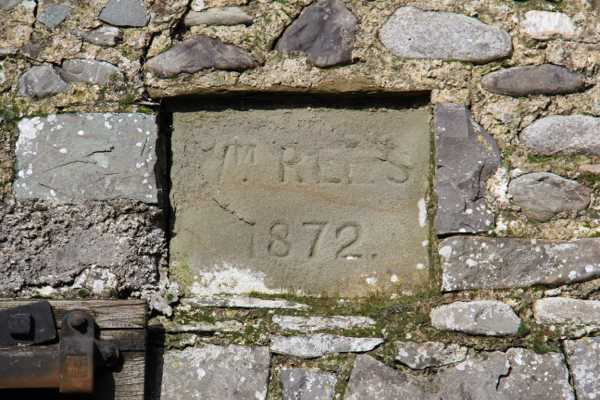 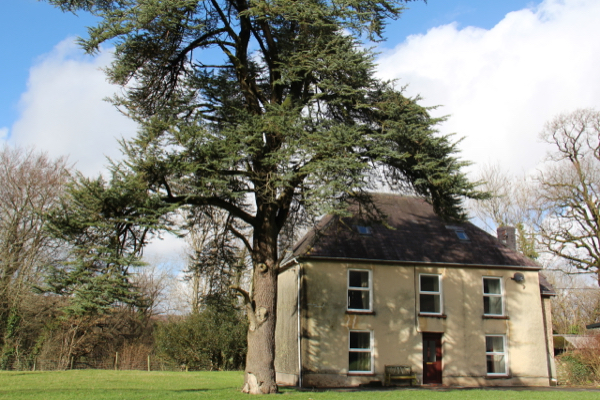