In 1762 John Lloyd of Cwmyvrane gent leased Glandunant along with other properties including an interesting parcel of land called ‘Gwain Carnarvore’ to Thomas Griffiths of Carmarthen! By 1811 John Griffiths a London surgeon is selling Clandunant and other farms to Rees William Thomas of the county of the borough of Carmarthen, gent. and Jeremiah Price of Glangwilly, co. Carmarthen, esq.

John Bowen owned the 59 acre Glandunant farm in the tithe and the tenant was James James.

A Roman road passes through the land, going from Erryd towards Porth-y-rhyd.

There is a stream called Nant Tyisaf which is also the name of one of the cottages (the other one was Bryn) now gone. One of the cottages that has disappeared is Caegwyn (used to be at the bottom of Rhiw Dderwen Fawr).  In 1861 there was a Joshua Morgan – molecatcher; and in 1871, John Jones, described as a spinner in wool.  Another disappeared neighbouring cottage was also involved with wool production although the water mills on the nearby dunant were now closed.  He was Richard Davies in the Bryn described as a woollen weaver.  Some of his work still remains in the area.

Gwayn y cwdin (Gwaun y cwdyn, Wet ground of the bag. Is the field shaped like a bag?) 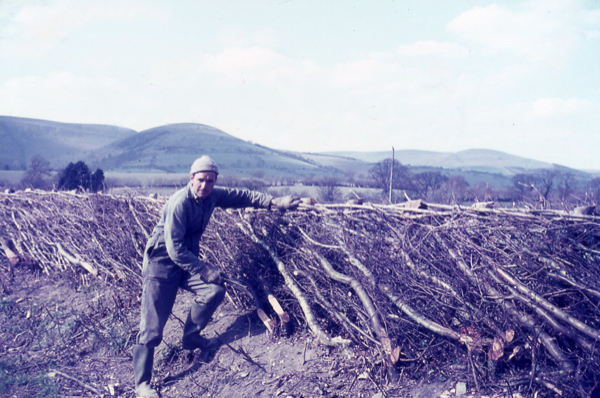