Llety’r Ficer is not on the tithe map or censuses, but is worth recording as a possible example of transhumance which would have been common in the area. High up the Gwenlais valley on Mynydd Mallaen it could have been a habitation for a summer pasture.  The name is curious though and it has been suggested that it was a resting place for travelling clergy or ministers. A newspaper, dated 1880, refers to Bailey Vicar, an uninhabited dwelling on Mynydd Mallaen. 1 The remains can still be seen and outstanding views are to be had from the site. 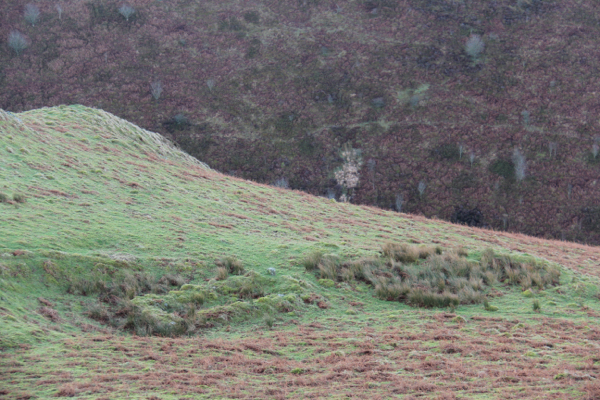