This is the last ‘old’ house in the north end of the village on the west side of the road it was bought from the Glansevin estate by Campbell –Davys in 1872. It is a semi-detached property and was lived in by Thomas Theophilus, Blacksmith, wife and family in the 1871 census. 1 His granddaughter Dorrie Theophilus lived there until her recent death in 2007. Dorrie was the last inhabitant of Cilycwm to walk her cows to pasture through the village. 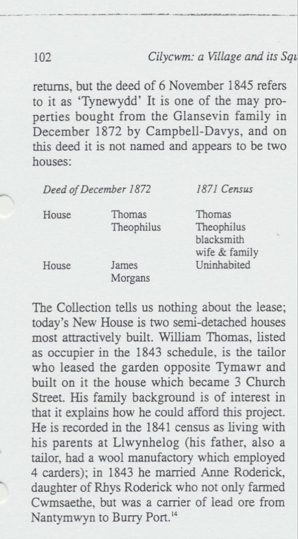 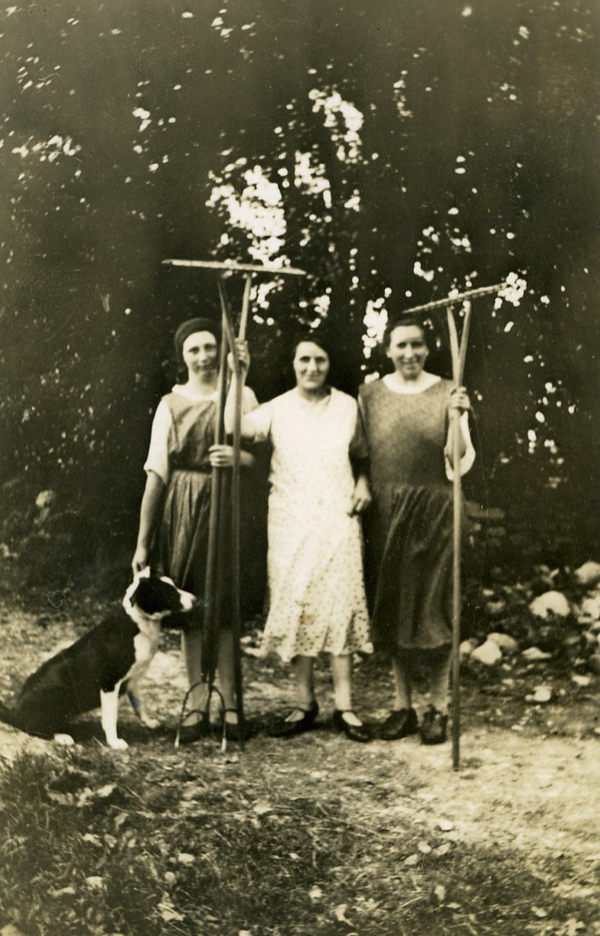