Penstacan (Top of the stack)

Penstacan was part of the Cawdor estate in the tithe and Richard Pritchard was the tenant of the 71 acre farm.

The Leat is still visible that fed water to the nearby woollen mill, the old name of which was Cribbe or Factory and is now called Glanyrafon.

There was a small dwelling on Penstacan land called Cwmgwenlais (or Cwmgwenles). Another disappeared cottage near the stream was called New York at the other end of the village there was a cottage called Pennsylvania.   Hence the local saying, Cil-y-cwm was only as big as from New York to Pennsylvania!  Also nearby Erwhir has now totally disappeared.

Photographs of “Penstacan farmyard” and “shearing day” are found in a book by L.C.Hill (The Vale of Towy – 1947).  Hill had wanted to purchase a number of farms in the area but ended up with Cwmerchon set back in a valley behind Penstacan.  He gave Cil-y-cwm the alias “Kilvalley”, “I bought that little farm in Happy Valley”.

The front meadow (Ddol) was used in the 1980’s as the cricket pitch for the Cil-y-cwm Cricket Club.

Cae gwynn (white field) in 1777 becomes Cae Cambwll (whirlpool, pool in the bend of a river), and is currently called the Wet Field. 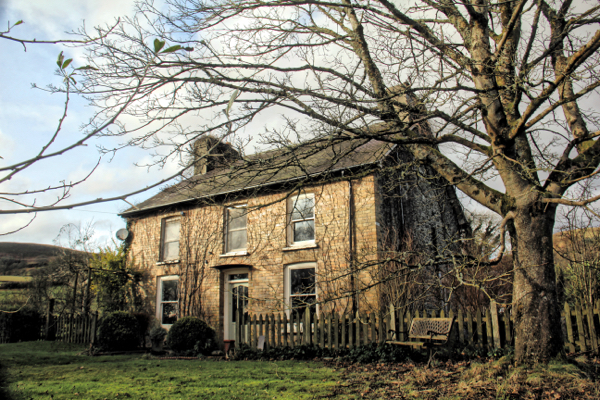 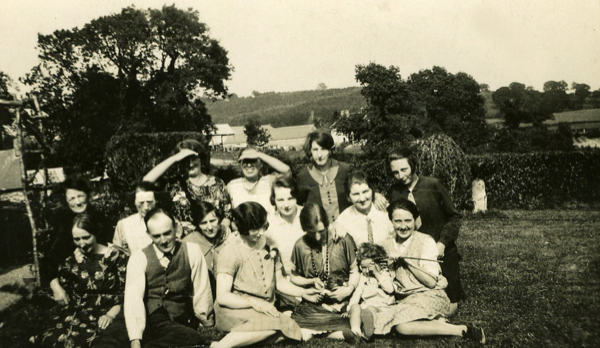