Penyfedw (top of the birch grove)

Penfedw is mentioned in one of the earliest documents dated 15931 of the Neuadd Fawr archive at the National Library of Wales but was not acquired by the estate for until 1808 for £650.2 There is a letter E on the quoin in fireplace, there were Evans at Penfedw from at least 17963 when a William Evan is leasing Erryd farm and from  1841 to 1911 according to the censuses.

Thomas Meredith of Penfedw Fawr was the Vicar of Cil-y-cwm in 1750, his brother Timothy followed him into the church in 1753. Another son of Penyfedw was to enter the ministry.  The Rev. Thomas Evans became curate of Highfield near Wigan in 1871 before returning to the area.  He also funded the granite water fountain in the Market Square Llandovery.

One field was known as Cae Wobli but on more thorough examination, there is a nearby wood known as Coed Fabli (Fabli is a mutation of the girl’s name Mabli which means loveable), so it is likely that the field name had been corrupted from Cae Fabli to Cae Wobli.

There were three cottages on the boundary with Glangwenlais, Blaenwaun Ganol, Ucha and Isa.  There was a also a cottage called Trysgol which is mentioned in a grant of land of 16284

Fishpond, Waun Fishpond, Llethr Fishpond, Coed Fishpond which denotes the importance of this feature. Fishponds were an important part of the economy of medieval ecclesiastical or high status lay estates. There is a Rees Price of  ‘Peny Vedow’ styling himself as ‘Gent’ in 17235. Fishpond at Penfedw is not far from Llwyn Siôn which on a map dated 1792 also had a fishpond in front of the house. There was once a row of cottages on Fishpond where the masons for the Neuadd Estate lived and Cil-y-cwm Show was held on Fishpond fields in the 1950’s.

Cae Delyn (Harp Field) which probably denotes the triangular shape of the field.

Cae Sgwarnog (Hare field) Hares make frequent appearances in Welsh mythology and lore, and there is a on Penfedw. It was thought that witches were able to change themselves into hares and Gerallt Gymro, when he travelled through Wales in 1188, recorded the Welsh belief that a witch could turn herself into a hare in order to go into the fields and suck the cows’ milk.

Waun duon could ‘duon’ be a corruption of another word, such as ‘deon’

Waun imps ‘imp’ is a scion, graft, or young tree. Many farm tenancies included obligations to plant trees, this field may have been the tree nursery for the farm or surrounding area. 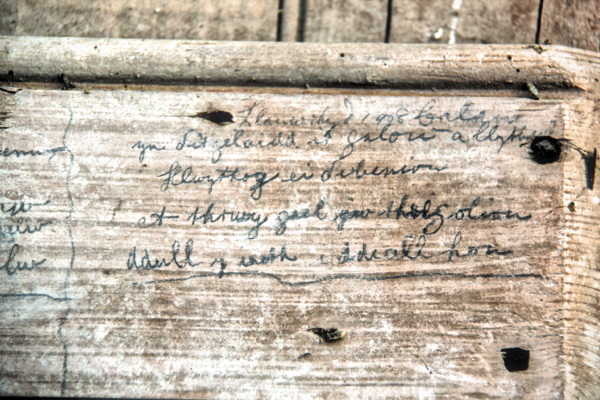 The farm labourers slept above the stable and in the long winter evenings would write poetry on the stable door. 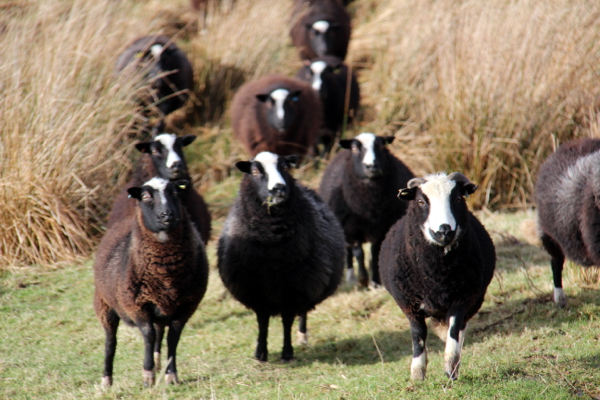 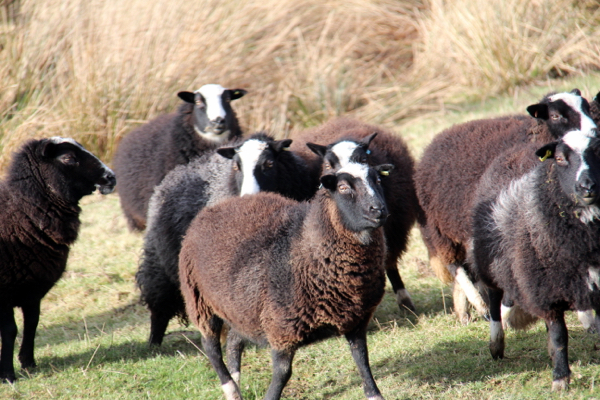