Pwllpriddog farm faces the village of Rhandirmwyn from the Cil-y-cwm side of the Towy. It does not appear to have been part of the Manor of Nant-bai or the Cawdor Estate as so many other places were in the valley. Instead it was lived in from at least the sixteenth century onwards by the Williams family descendants of William Thomas Goch of Ystradffin1 who traced his lineage back to a king of Dyfed called Cadifor who was contemporary with William the Conqueror. However, by the 19th century it had changed hands several times and had become part of the Henllys Estate.

The following is an extract of the will of Thomas Williams of Pwllpriddog in 1729,

‘and as for my real estate it is my will that it shall go according to the settlement I made of it upon my mar[r]iage. All my personal estate, goods and chattels whatosever I do give and bequ[e]ath unto Elizabeth my loving Wife whom I nominate full and sole Executrix if this my last will and testament.’

The inventory of this will gives us an insight into the belongings of a small Welsh Gentry house in the early eighteenth century,

All the furniture now in and about the kitching, the passage, the dairy and

In all the other rooms and chambers in the dwelling house and out houses,

of blankets, one quilt, 4 rugs, some old curtains and twelve chairs of all sorts

By the 18th century a yeoman family named James were in occupation.  In 1780 a ‘William James of Pwllpriddog, parish of Kily cwm, gent’ is mentioned in a lease concerning properties owned by John Williams of Llwynberllan in Caio.

The following is an extract from an 1831 ‘Bidding’  a custom still observed in Wales in the 19th century whereby friends and neighbours were invited to help set a young couple up in married life on the understanding that the favour will be returned one day;

Having lately entered the matrimonial state, we are encouraged by our friends to make a Bidding on the occasion, at our dwelling-house, called Pwllpriddog, in the parish of Cil-y-cwm, on Tuesday and Wednesday, the 25th and 26th days of January instant, when and where the favour of your good and agreeable company is most humbly solicited; and whatever donation you may be pleased to bestow upon us then, will be thankfully received, warmly acknowledged, and most cheerfully and readily repaid, whenever called for on a similar occasion, by

Your most obedient servants,

The tenant in the tithe of 1843 was David Davies, when Pwllpriddog was a farm of 185 acres. Pwllpriddog was then owned by William Jones of Henllys. The following excerpt offers an explanation for why there are Pwllpriddog lands on the Rhandirmwyn side of the Towy,

‘in consequence of the said river Towy at some former period changed from its ancient course there are several closes of land with a cottage thereon part of this Lordship called Pentwyn belonging to William Jones of Henllys Fawr, Esquire, containing about fifty acres lying on the otherside of the said river Towy, within the Lordship of Hirfryn belonging to the earl of Cawdor.’ 5

The Bowen family lived at Pwllpriddog for most of the twentieth century. Catherine Mary Thomas from Beulah married a John Bowen from Llanwrtyd Wells and they settled in Rhandir-mwyn at Pwllpriddog in 1913 which was bought for £880 from descendants of Catherine Jones of Henllys. Their first and only child, Isaac Towy Thomas BOWEN was born in June 7, 1914. Heulwen and John’s grandparents bought Pwllpriddog in 1914. At first they lived above the stables in the smaller barn which had outside steps.

There is a curious carving of a face set in the wall by the front door which has been described as Romano-Celtic in character, it was found in the fireplace when the house was remodelled in the 1920’s.

There is a mine adit into the Dinas on the wooded hill opposite Pwllpriddog, it is a hole about 4ft high and 6ft wide and is now filled with water and there is a quarry evidenced by the field name Cae Cwar.

Towy Bowen their father and Will Thomas Pannau Street, used to poach in the Towy with a ‘driver’, a type of spear. Towy used to hide it in a hedge, unfortunately the scouts who camped every year at the farm found it and it was sent to St Fagans, there was nothing Towy and Will could do about it!

Heulwen used to play in the hollow oak, ‘the tree was a fascination to me’. The Bowens were told that the oaks on the yard are rare hybrids there is only one left now.

The Bowens think that Pwllpriddog used to be Pwllpraddog (Pwllperyddog)  ‘Perydd’ is an old Welsh word for ‘king, lord’. This could represent over 500 years of oral tradition as each family who lives there remembers that it once was the home of princes.

The County Council school camp was always held on cae Ty’n Gronw, Pwllpriddog (previously at Bron-cwrt) and Rhandir-mwyn Show has been held on Pwllpriddog land since the 1950’s.

Gwernhirion pool is in the Tywi near Gwernhirion ruin on Pwllpriddog land on the Rhandirmwyn side of the river, Dan Theophilus of Alltyrerw used to walk across the river on stepping stones nearby.

John and Heulwen went around to check the sheep at lambing time, they remember having pet lambs. At hay harvest a lot of the community helped, the forestry workers, and the Millichaps. Oswin was a servant boy at Pwllpriddog as was Sid ‘the milk’ Jones and Brian Nant-y-glo, Jim Crow and Harry Swash were two other workers on the farm both buried now in St Barnabas and their sister Myfanwy’s husband. Pwllpriddog had a reputation as a ‘marriage bureau’ as many couples met there and were later married. Heulwen remembers, ‘People were more near then, everybody was helping with everything then – hay and everything.’

They kept Ayrshire cattle and Towy Bowen used to have a milk round, delivering to the village and the school in a strange car ‘unique to the village’ with a ‘dicky hood’ sometimes carrying passengers in the back out in the open. He used to ladle out the milk from the churn, He stopped milking when the tankers came and churns weren’t used anymore’

They used to grow crops of cabbages and kale for the cattle as well as potatoes. In the garden there were flowers and herbs as well as vegetables. Towy and Olwen Bowen were given an orchard on their marriage.

Two important visitors to the farm were, Caio Evans who came with a travelling stallion to Pwllpriddog for the mares of the area to be brought to. Daniel Hughes was a huckster from Siloh who used to come by.

Nerys the current owner  thinks the name of the farm refers to ‘silt’ or ‘muddy pool’ as the pond they have created from a small stream is always silting up. She has been told that the Bowen’s lived in the loft of the little barn when they were first there and that Towy Bowen loved it.

Whenever Nerys and Chris meet someone who’s been to Rhandir-mwyn, ‘Invariably they’ve been to Pwllpriddog.’ During the building of the reservoir in the 70’s it lodged many of the workers on the project.

‘Rhandi-rmwyn was a big cricketing place’ Towy Bowen and Dan Theophilus both  played a big part in this.

Towy and Olwen of Lethyrgwyn were supposed to walk around past the Towy Bridge to school when there wasn’t a bridge, but Towy would take the mare out of the barn and they would ride over the Tywi, he would then send the horse back over the river.

Bieta from Coleg Elidyr told Nerys that the people from Nant-gwyn used to signal to Pwllpriddog with a sheet on a hedge and vice versa – this was when there was a lot less tree cover in the valley.

The Pwllpriddog Oak is the most striking historical object in the landscape being hollow and having a very large girth of over 8 metres. Local lore has it that the tree was planted to commemorate the battle of Bosworth. The Battle of Bosworth Field was the penultimate battle of the Wars of the Roses, the civil war between the House of Lancaster and the House of York that raged across England in the latter half of the 15th century. Fought on 22 August 1485, the battle was won by the Lancastrians. Their leader Henry Tudor, Earl of Richmond, became the first English monarch of the Tudor dynasty by his victory and subsequent marriage to a Yorkist princess. His opponent Richard III, the last king of the House of York, was killed in the battle. Historians consider Bosworth Field to mark the end of the Plantagenet dynasty, making it one of the defining moments of English history.

The Pwllpriddog Oak was measured in 2012 as being 8.40m at chest height, then aged it by dividing the circumference by pi and then times a growth factor of 5, which gives a result of 525 years which is only very approximate (the woodland trust ready reckoner gives the following gauge of girth in metres (and age in years): of 8.03m = 704 years). Suffice it to say that the tree is very old. If the Pwllpriddog Oak was planted in 1487 it could well have been to commemorate the Battle of Bosworth. Local legend goes on to say that Henry passed through the area on his way to the battle, taking a horse from Cwmrhaeadr commemorated in the field name Cae’r Ceffyl. It is now known that Henry took a very different route but his greatest supporter Sir Rhys ap Thomas who was supposed to have been the one who killed Richard III, passed Abermarlais on his way north towards Builth gathering support as he went and could have come past or even through the upper Tywi valley.

Cae Salem field below the chapel. Alternative name from Mair Thomas Cae Ty’n Berth. Ty’nberth is smallholding in the wood

Cae Crusher is where the lead ore from the mine was processed.

4.Early Discipline Illustrated: Or, The Infant System Progressing and Successful By Samuel Wilderspin

5. Evans, G. Transactions of the Honourable Society of Cymmrodorion  1911-1912 1913 The story of the ancient churches of Llandovery 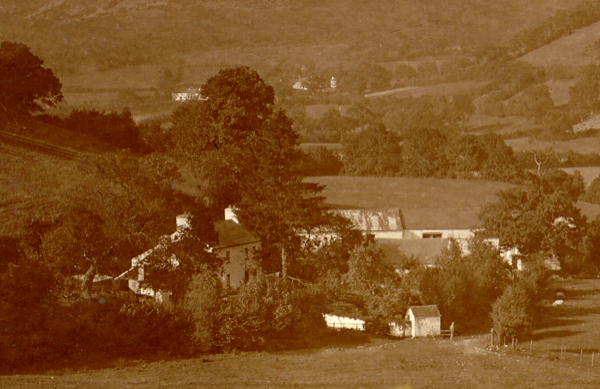 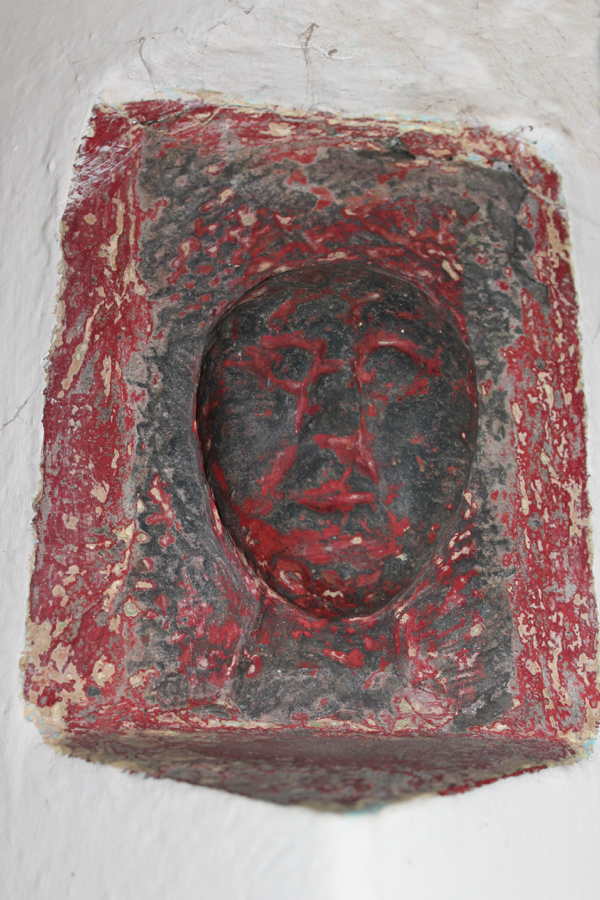