Troedrhiw-mes (Foot of the acorns hill)

In the tithe ‘Troedrhuemes’ was owned by Thomas Harries and the occupier of the 18 acre holding was Rees Jones. In a marriage settlement of 1829, between William Williams, yeoman of Conwil Cayo and Elinor John of Llansadwrn, she brought ‘Troedrhiwmes and the fields held therewith’ with her on the marriage. 1

Cae pompren Cyn pompren means footbridge; cun, lord, chief; or pack of dogs or wolves. Only a guess, but could it be  footbridge once used by wolves?!!

SALES BY AUCTION. COUNTY OF CARMARTHEN. PARISH OF CIL-Y-CWM. MESSRS. W. WILLIAMS AND SON are instructed to SELL by PUBLIC AUC- TION, at the King’s Head, Llandovery, at 2.30 oclock in the afternoon, on Friday, Jan. 5th, 1894 (subject to conditions then and there produced), all that desirable FREEHOLD FARM called “TROED-RHIW-MAES,” situate in the parish of Cil-y-Cwm, containing by admea- surement about 18 acres, and now in the occu- pation of Mr William Davies, as yearly tenant. For plan and any further particulars apply to the Auctioneers, Ty Coch, Llandilo, or Mr. J. MORRIS, Solicitor. Blaenau, Festiniog 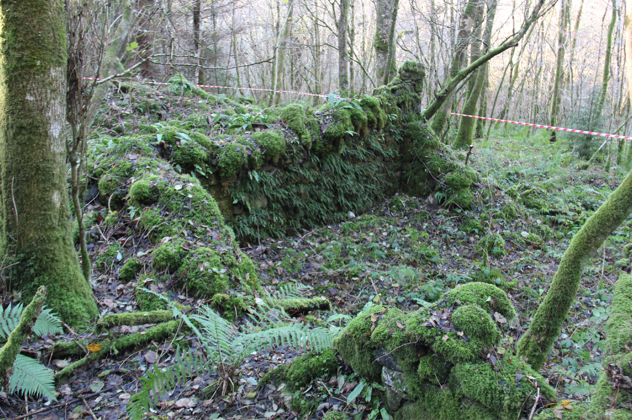