Dugoedydd is a substantial farm on the Llanfair-ar-y-bryn side of the Tywi parallel with Penrhyn. It was once the home of the Price family of Ystradffin who owned it from about 1660. Rowland Price of Dugoedydd, gent, made his will on the 22nd January 1719-20 when he was 69 leaving his estate to his brother Edward Price of Ystradffin. By this will he also founded a charity school at Cil-y-cwm.

They were followed by the Lloyd family who were strong supporters of non-conformity in the area. Dugoedydd was part of Campbell (Cawdor) estate, and is included in the map-book of 1777. The island depicted on the map in the Tywi is worth noting being the only island in the area! It was five acres in 1777 but had reduced to 4 acres by the 1841 tithe map and has now become part of Penrhyn as the channel on that side has dried up, and is described by the present owners of Dugoedydd as, ‘Our land we can’t get to!’

The Saunders family lived there in the first half of the 19th century but by 1862 William Williams when was tenant it had reduced in status to a farm. 1

‘Dugoiddudd’ belonged to the Cawdor estate in the tithe of 1839 and Margaret Saunders was the recently widowed tenant of the 280 acre farm and its sheep walk of 256 acres. Margaret is still there in the census of 1851but by 1861 Ann Williams another widow in the head o the household. From 1871 to 1911 Evan Williams and his family are in occupation.  Dugoedydd was such a large farm that they employed around 5 servants.  Unusually many of these servants were from London.

Thomas Gwilym Pritchard (the poet ‘Glan Tywi’) was born on 23 November 1846 at Dugoedydd, one of seven children of David and Annie Pritchard. The family emigrated to the United States c. 1862, but in late 1875 Thomas returned to Wales before re-emigrating to Patagonia on the Vandyke, ‘As a cultured man of letters, he wrote fluently and naturally in a beautiful style and as a poet he was master of the craft of composing verse in both the strict and free metres while also composing humorous or satirical poems with ease.’ 2

Dugoedydd holds a special place in the history of non-conformity in Wales as it was where the first Methodist leaders meeting was held on January 7th 1742.It was the first organised meeting of leaders of the Calvinistic Methodists. Daniel Rowland presided and apart from Howel Harris and William Williams, there were twenty other leaders. After the meeting Harris wrote, ‘We sat up until near 12 praying and consulting……we had much union, sweetness, concord and brotherly love together.’ 3

In 1739 Peter Jones of Nantybrain married Mary Williams a daughter of Ystradffin and in 1746 they took on a 21year lease of Dugoedydd at £32 per annum from Roger Evans the agent for John Campbell Esq. Peter’s great great granddaughter was ‘Daisy’ Jones the unrequited love of the great diarist Francis Kilvert. 4

Scarlet Tiger Moths were recorded at ‘Caeau Dugoedydd’ 5 in 1994 as well as Small Pearl-bordered Fritillaries. 6

Cae’r pulle (pwlle) Field of pits or pools. A common field name in the area

One sheet of notes relating to these meetings in the autograph of H. Harris

The following have been copied from http://welshnewspapers.llgc.org.uk/

William became involved with Methodist experience meetings from about 1740. These were informal home groups of men and women who had been impacted by the Methodist Revival and who remained within the fold of the Anglican church. The groups were led by exhorters who discipled the new believers and encouraged enquirers. Williams himself later came to refer to them as ‘Experience Meetings’, which is suggestive of their emphasis on developing the believers’ actual experience of the reality of God in their lives. This was accomplished through the devotion of those attending to the Bible, prayer, testimony, and mutual encouragement and exhortation.

One of the earliest of such groups met at Cil-y-cwm, a few miles west of Llandovery, and it was this group to which William belonged. Initially, this group met at Dugoedydd, the home of one William Lloyd, in the lovely upper Tywi Valley between Cil-y-cwm and what was then the lead mining community of Rhandirmwyn. To my mind, it is today one of the most beautiful areas of Wales. It was here that the very first informal Welsh Methodist Association meeting was held in 1742, prior to the more formal and now better known meeting of the Welsh leaders with Whitefield at Plas Watford near Caerphilly later that same year. Records show that there were 27 members of the Methodist group ay Cil-y-cwm in 1744. Later William must often have attended meetings at the special Methodist meeting house called Soar built in 1746 just outside the village of Cil-y-cwm, of which he was a trustee.

Thomas Gwilym Pritchard (‘Glan Tywi’) was born on 23 November 1846 in a farmhouse called on the banks of the Tywi, parish of Llanfair ar y bryn, Carmarthenshire, one of seven children of David ac Annie Pritchard. The family emigrated to the United States c. 1862, but in late 1875 Thomas returned to Wales with his cousin D. B. Williams. After visiting various parts of Wales they went to Liverpool to join Edwin C. Roberts’s group who were sailing for Patagonia on the Vandyke. Leaving Liverpool on 25 November 1875, they arrived at Buenos Aires on Christmas morning and sailed for Chubut on the Santa Rosa the same day. He was a self taught man, a great reader and of a level-headed and thoughtful judgement, with a strong will and true to his convictions. A born teacher, he served as schoolmaster of Rawson day school, then at Glyn Du and some years later in Bro Hydref. In the period between being at Glyn Du and Bro Hydref schools he was for years an accountant for John Murray Thomas in Pen-y-bont Warehouse, Rawson. When he returned from Bro Hydref he was appointed the first accountant of Chubut Mercantile Company and served the company periodically for many years; he served as Deputy Inspector in the absence of the Chief Inspector and it is acknowledged that as an accountant he was among the best. As a cultured man of letters, he wrote fluently and naturally in a beautiful style and as a poet he was master of the craft of composing verse in both the strict and free metres while also composing humorous or satirical poems with ease. He won the Chair in the first Eisteddfod in the Treorcki area and followed it with the chief prizes for the cywydd, pryddest and englynion at Eisteddfodau in Rawson, y Fron Deg and Gaiman. He died at the home of his cousin, D. B. Williams, on 12 September 1924 aged 78. T. G. Pritchard will be long remembered as a Teacher, Accountant, Poet and Adjudicator

David B. Williams is said to have been a native of Cilycwm, born in 1852. When he was about 21 years old he left Wales to go to Pennsylvania, but returned to Wales before emigrating to Patagonia in October 1875, arrriving in January 1876. He spent his first years on the Colony at a place called ‘Bachelor William Thomas’s Patch’ where the single people of the area received a warm welcome, convivial company and a roof to shelter from the elements. In 1879 he married Gwen
Jones, the eldest daughter of Thomas Morgan Jones, who had been born in Ystradgynlais on 20 May 1857, and returned to live in Gaiman. He was a Smith by trade and joined Robert Edward (Smith) to open a smithy. David and Gwen had a small hotel in Gaiman and a farm called Pant y Celyn in the Angustura area. David was an avid reader with a special interest in the United States. He was a cousin of Thomas G Pritchard, the Teacher and poet, with whom he travelled to Patagonia. Gwen was a skilful Seamstress and faithful to the cause of religion. They had eleven children: William (1880 but died soon alter); William Alexander (born 1881, married Ann Jones); Thomas Beynon (born 1882, a bachelor); Rachel Mary (born 1884, married Crommwell Griffiths); Emely (born 1885 died in infancy); Emely Adeline (born 1886, married Llewelyn Griffiths); John Llewelyn (born 1889, married Esther Jones); Elizabeth Ann (born 1891, spinster); Margaret (born 1893, married Daniel Williams); Morgan (born 1895, died aged 1); Sabatheg (1897, died aged 1). David B. Williams died 22 July 1835 aged 83 and Gwen died just over a month later on 6 August, aged 78. 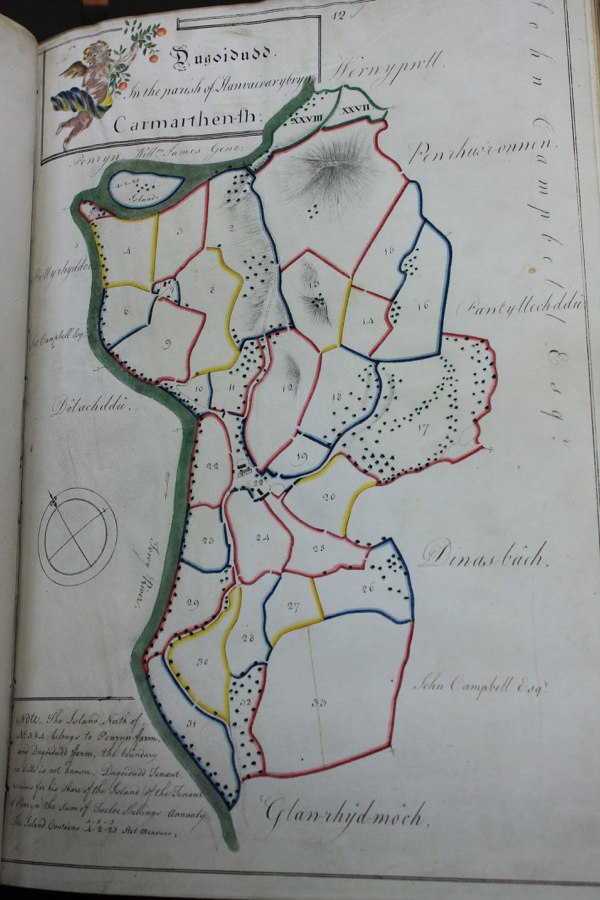 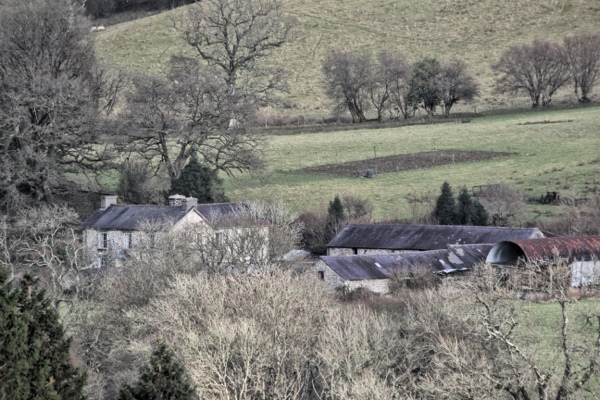 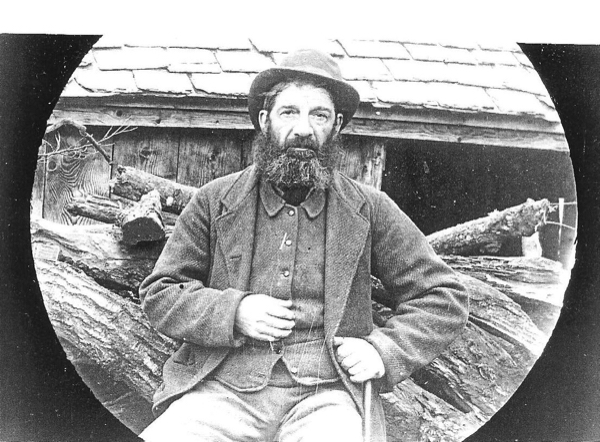