The website is really good, it’s user friendly.
I think either everything to be bi-lingual or have a button for Cymraeg and whatever is in English do the same on the Welsh pages

Hello. I’m doing some research for Menter Cwm Gwendraeth on behalf of the County Council into combating fuel price hikes. One idea is obviously bulk buying oil to reduce costs. Cilycwm came up on the “oil-club” website. If anyone involved would be able to chat with me, I’d reallly appreciate it.
01269 871600. Yours hopefully. Neil.

Good wishes and best of luck to Iori Haugen as he competes with “Only Boys Aloud” on the programme “Britain’s Got Talent”. Just seen Iori speaking in Welsh on the Welsh news channel !! Brilliant !

Today I was having a chat to a nice gentleman named William Theophilus; I had contacted him to try to find out if he had any information regarding my Theophilus ancestors who came from Cilycwm. During our chat he told me about this website. The site is very informative and I feel that it is wonderful to gain an insight of where my family came from, and I will certainly be returning from time to time. One thing that I would like to see on this site is a geneaolgy message board apart from that well done!

There is a picture of the Theophilus family of Tan-y-Fael in1913 in the book Llandeilo, Llandovery, and the upper Tywi valley in old photographs

Mr Theophilus is a very good ambassador for the site. He stayed at my bed and breakfast recently and was telling me all about it. It is very interesting and makes me want to come and see for myself. Good luck everyone

would there have been a clockmakers in cilycwm in the 1820

My hen taid Thomas was born in Cilycwm in 1828. My wife and I visited in 2009, when they were filming Pen Talar. I loved the village.

HI DICK AND CHRIS. I HAVE SOME PICTURES FRON EVENTS IN THE CILYCWM CHURCH. LET ME KNOW WHEN YOU ARE READY FOR THEM. YOU CAN SELECT WHICH TO USE.

Looks good so far, well done. May I be very mercenary and put the details of our holiday cottage on to the site? Will send a few words and picture/s when you are ready!
Many thanks, David.

Your event’s page goes to a server 404 error message, other than that, (and the obvious

Hello Isobel. The Events page was removed from the final site version so I assume you are looking at an old version. Could I suggest you refresh your Explorer/Chrome cache – you should then see the current release version of the site.

Hoffi hwn – like it – keep up the good work, a visit is due me thinks!

You are all doing a great job, just what the village needs. I have loads of photos of the village and the surrounding area if yopu want them to fill some spaces. Not sure who I need to spesk to about that, but you are welcom to have some of them. I would also be interested in a bit of free advertising if that is ok. Again not sure who to speak to about that either. Its all looking great and easy to use. Thankyou for your time and effort. Joe

I totally agree with all the posts and comments and would also like to congratulate you on what is fantastic work on this web site; da iawn yn wir! I shall talk with you when I’m home in a couple of weeks as I would like to contribute an article if I may about my experiences on the Shetland Isles thus far. Well done!

Thanks John – something on Shetland would be great.

Please could anyone help me locate my uncle Thornton Timlick.
I now live in Australia and would love to be able to chat to him.
My email address is thehilliards3@hotmail.com.
Thank you

Hi
I am researching my family tree and have almost completed a reasonable history..
The family I am after is Jacob Rees and his 2nd Wife Anne both came from Caio were married in Cilycwm and were alive in the 1881 census, he was a blacksmith publican at the New New Inn located in Rhydygroes I have used Google to pinpoint the position but it appears to have gone ..alongside was the New Inn ..so I assume a bit of rivalry to place, any information on the family would be helpful as he had a Daughter “Jemimah b 1852 She Married and had a son her husbands surname I believe started with a “H”

The first family also lived at Glandwr which Dafydd Tomos replied and knew where it was so if anyone can give me the exact location ie; using St Michaels as a base so I can google it I would be greatful.. As I am over 70 and getting over a heart attackmy days of long distance holidays are over
Cheers Mike.g

Hi I am researching the Rees Family who lived in or about Cilycwm they were Blacksmiths from about 1930 to 1890 and the farm was called the New New Inn “Jacob and Anne somewhere near Shilo ? also his Father David had Two Wifes Jemimah Thomas who died in 1830 and he remarried Sarah Williams in 1831 they are intered in Conwil Cayo, David was born about 1780? and died about 1857 David seemed to have only 3 children ..but son Jacob had about 9, it seems 2 wives are the norm however Jacob’s Grandson William died at the age of 35 however his wife Mary Ellis -Jones carried on with 2 Husbands Rees, Davis.
One’s enough for me!!
Mike.g
neil regent
neilregent@yahoo.com

Trying to find a house that my Great Grand mother lived in around mid to late 1800s. (We have a photo of the house) Her name was Margaret Lloyd and her father was Morgan Lloyd, a tailor. The name of their house or road was Traidrhywhinws. Another location was Tynbwl? Just wondered if you could shed any light on these as I can’t find any mention on local maps?

Can you send them to Chris? He’s in charge of the gallery.

Yes, that’s the idea; the more the merrier. You can send stuff now.
Dick

Dear Turner,
Really a good work and keep up.

Thanks Jo,
Good to know our efforts are appreciated. Advertising should come to me and photographs to Chris Robertson. Have a look at the Local Businesses tab to see the size etc
Cheers
Dick

Rhywbeth a ddaeth i lawr……………
Chinese lanterns have reached Cil-y-cwm!! If anybody wishes to retrieve about 6 to 10 of these lanterns which have landed on my land (are they reusable), please let me know so as to assist with the ladders and access……. 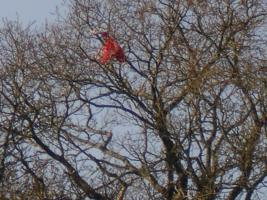 There was some publicity about these back in January – the NFU issued a statement saying they were a danger to farm animals:
http://www.farminguk.com/news/Farming-organisations-warn-against-Chinese-lanterns_22618.html

I don’t think they are intended to be re-used. Should we think of them as another kind of litter? Sadly many people feel it’s OK to discard stuff for other people to clear up. I do think there is a difference though between the intention to create something beautiful – a group of glowing lanterns drifting up into the night sky – and the act of chucking a plastic food carton out of the car window. After all fireworks are a kind of litter too.