The Story of a Village School 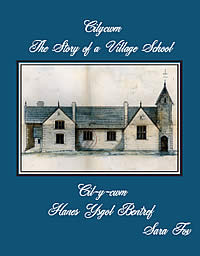 Cilycwm – The Story of a Village School

A beautifully produced hardback book telling the story of this village school; one of forty plus schools threatened with closure from Carmarthenshire County Council’s plan to, “Modernise Education Provision” in the county;

The controversial proposals produced by Carmarthenshire County Council in 2004 to modernise the provision of education within the County which will involve the closure of some village school were the stimulus for this book.

Opposition was strong in Cilycwm and this book was produced to record and And celebrate Cilycwm Village School in particular but also the cause of village schools in general. This it does very well. A bilingual text makes use of some innovative layouts and typefaces (for example a three column layout) to sandwich documentary sources (mainly the School Log Books) between Welsh and English text.

It draws heavily on personal memories and its preparation has clearly been a community effort ably brought to fruition by Sara Fox.